Alice and Other Wonderlands

While the Kittiwake Dance Theatre performs a number of enticing shows, none has quite ever been like Martin Vallée’s Alice and Other Wonderlands. Alice and Other Wonderlands made its debut to the St. John’s Arts and Culture Centre on October 13th.  Not only did it entrap the audience with the mystical world that is Wonderland, we were able to observe the incredible ballet skills of the dancers at the Kittiwake Dance Theatre.

The first act of the show was composed of other wonderlands created by Janie Richard, Duo Concertante, and Martin Vallée. While Act I was composed of intricate dances and beautifully orchestrated music, an important advisory was portrayed in the composition After the Dust Settles choreographed by Martin Vallée.

The four movements in this composition portrayed a powerful story of technology’s hold on today’s society.The dancers were seen entering the stage, phone lights blinding their sight.This was shortly followed by the tragic fall of the dancers, representing a car accident, and the struggle to return to society.

With this movement, Vallée is demonstrating the dangers of technology. What was meant to bring the world together, is in fact tearing the world apart as people continue to become fixated on technology. While the dance portrays the downfall as a car accident,it is also a symbolism of people becoming disconnected with reality. When the technology is taken away, the dancers appear confused and lost. It is as if the technology has the ability to destroy our touch with reality.

Following the powerful scenery of the damages of technology, was the much more light-hearted performance of Alice in Wonderland. Heather Drover put on a spectacular performance as Alice.Throughout the entire second act, you would be drawn to her energy and grace onstage as she perfectly captured the character of Alice. 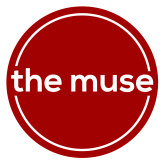 The Muse@themusenl
243 Following 3.4K Followers
Dr. Barry Stephenson (@BarryStepMUN), Associate Professor and Head of Religious Studies, believes Air Canada is com… https://t.co/kh2Odqcg83
6 hours ago
Volunteering can get you to places you never realized you could go and experience things you didn’t know you could… https://t.co/rfshJvFr1W
3 days ago
MUNL hosted its first “Whale Of A Day” event at the Core Science Facility last Saturday (May 14th, 2022), and it’s… https://t.co/clrqws9SK3
5 days ago