Premier Dwight Ball announced today in a pre-recorded video that he plans to step down from the province’s highest office. Citing “a decade of demanding political life and eight years as the party leader” it’s time to “lead a more private life.”

Ball has stated that he will stay on until a new leader is elected. The Liberal Party General Meeting (AGM) is scheduled for June, however just how quickly a new provincial leader will be elected is unclear at this time. He will however retain his position as MHA for Humber-Gros Morne into the next election.

Recently, Ball has come under fire for the government’s hand in the promotion of Carla Foote to a high-paying position at The Rooms Museum in St. John’s. As of the new year, she had tendered her resignation of the position and has since returned to a position within the provincial government. 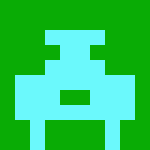