MUN’s Expenditure to be inspected by Auditor General

The auditor general of Newfoundland and Labrador will investigate spending at Memorial University since all legislative obstacles have been cleared, the provincial government stated Monday (February 4, 2022).

CBC reported that Memorial received a base operating grant of $245 million from the provincial government in 2019-20, an additional $64.4 million to help keep tuition from rising. Furthermore, the Department of Health and Community Services awarded the faculty of medicine a $54 million operating grant.

Memorial is one of the most affordable institutions in Canada, outside of Quebec, because of a long-standing tuition rate freeze. However, with the province’s tuition reduction grant gradually being phased out and the university suffering financial difficulties, a new cost structure was proposed last summer. It will virtually treble tuition for Newfoundland and Labrador students to almost $6,000 per academic year, ending the 22-year freeze.

Vianne Timmons, president of Memorial University, announced in July that tuition would rise sharply in 2022. International students will pay $20,000, which is still far less than the national average of $32,000. According to SaltWire, by 2026-27, 44 percent of the fee increases will fall on in-province students, with tuition costs approaching those of significant universities in Ontario, B.C. and Alberta. According to Statistics Canada statistics, government funds accounted for 76.2 percent of the university’s general operating revenue in 2019-20, compared to a Canadian average of 44.8 percent.

A representative from the auditor general’s office said:
“It is too early to say when the audit will begin, how long it will take, or how much money would be scrutinized.”

According to a government press release, Denise Hanrahan and her team will conduct a “full and comprehensive review” of the university’s activities and expenditure. On Monday afternoon, Education Minister Tom Osborne stated:

This is a function of protecting taxpayers’ dollars.

Given the cost hikes, enrolment forecasts for next year are consistent with the 2021-22 academic year, according to Timmons.

It is important to recognize that students come to Memorial for the programs we offer, and the numbers are showing that.

Note: Names of the students are not mentioned due to privacy concerns.

While asked about the tuition fee rise, a member of TAUMUN (Teaching Assistants’ Union of Memorial University) who is pursuing a master’s degree at Memorial says,

“A few months ago, in a TAUMUN meeting, the president mentioned that MUN is receiving applications for admission more than ever, even after the tuition fee increase. The university might think that people are still interested in studying here. But I think many students are just trying to get admission before fall 22. MUN has been a good option for international students because of its low tuition. Still, when tuition increases come into full effect, I do not think many students will be interested in studying at MUN. International students will prefer better-ranked universities and provinces with better working scopes and weather. Eventually, the tuition gap won’t be much with the other universities”.

“I haven’t got my study permit yet, even though I registered for courses for the upcoming semester. Online courses are my only option right now. If I don’t get a visa, it will be a total loss. But had to take the risk because I wanted to start before Fall 22 to avoid the tuition increase”.

Osborne said an impartial evaluation of spending is responsible because of the difference between other universities and Memorial’s quest for increased autonomy. “There are no unexpected surprises for Memorial,” Osborne said when asked if the university’s government subsidy would be cut in Thursday’s provincial budget. Vianne Timmons, president of Memorial University, said the university has nothing to hide.

MUNL’s President, Vianne Timmons, is worried the university will be “over-scrutinized,” however. This is due to its feature in last year’s The Big Reset report by the Premier’s Economic Recovery Team (PERT).

She states that the assumption that they are not transparent is false. She explained that the institution must obtain authorization from the province under the current law before investing any donations or federal funds in the university.

Finance Minister Siobhan Coady said the government appreciates the university’s importance to the state. As stewards of the treasury, she states the university must also make sure that this investment is utilized to maximize post-secondary students’ advantage and educational performance.

Attempts to audit spending in the past have been hampered by provisions in the Memorial University Act and the Auditor General Act. However, Osborne claims those barriers have been lifted due to revisions to both pieces of the law last year. According to a press statement, the auditor general now has the right to review university spending to ensure that revenues are managed with due consideration for the economy, efficiency, and effectiveness. Osborne states that the final modifications to the Memorial University Act relating to more independence for Memorial will be based on the auditor general’s conclusions. 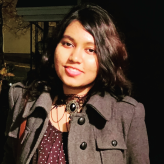 Farhat Subah (she/her) is an enthusiast and eager to learn new things. Her dream is to travel the world. She paints, plays musical instruments, reads whenever she feels lost. Currently, she is an undergrad student at Memorial University pursuing a major in Economics.