The origin of World Earth Day and the hypocrisy of corporations

Photo by Dustan Woodhouse on Unsplash

Earth Day is an annual event that takes place on April 22th. Earth Day is a celebration of mother nature and often leads to corporations and governments promising they can do better.

The annual event was first celebrated in 1970, when Gaylord Nelson, a senator from Wisconsin, decided to hold rallies which were dedicated to raising awareness of environmental issues. Nelson specifically raised awareness among the general public by shining a light on pollution. The senator initially created the idea for Earth Day in 1969 and was heavily influenced by the anti-Vietnam War sit-ins that took place on college campuses in the US. The sit-ins highlighted the success of rallies, and Nelson realized he could draw attention to a cause he held dear to his heart. He hoped that by attracting the interest of the general public, eventually, the federal government would take note that the planet was in a fragile condition.

Nelson encouraged the entire nation to participate and was pleasantly surprised when an astounding 20 million demonstrators participated. Nelson stated, “We had neither the time nor resources to organize 20 million demonstrators and the thousands of schools and local communities that participated. That was the remarkable thing about Earth Day. It organized itself.” The US government took note, and by the end of 1970, it established the Environmental Protection Agency, which specializes in matters regarding environmental protection. The US government followed through on its promises and, throughout the 1970s, ratified laws regarding environmental issues such as the ‘Clean Air Act’, the ‘Water Quality Improvement Act’, and the ‘Endangered Species Act.’ While Earth Day had a clear impact in the US, its global impact is undeniable. By 1990, more than 140 countries celebrated Earth Day. In Canada, Earth Day was first celebrated in 1990 and led to the formation of Earth Day Canada(EDC), a national charity dedicated to celebrating Earth Day. Earth Day has been praised for bringing greater attention to environmental issues and enticing governments to act.

While the impact of Earth Day is undeniable, in recent years, citizens have pointed out the hypocrisy of giant corporations and governments who make a big deal about celebrating Earth Day but act in an environmentally harmful manner. For example, Apple posted about their ‘Earth Day lessons.’ Yet it leaves a bad taste in one’s mouth when Apple claims to care about the environment when its materials from obsolete electronics end up in landfills and cannot be fully recycled. Apple has also been criticized for making it more difficult to update and repair older versions of its electronics, so that consumers feel pressured to buy the latest version, leading to more waste. In April, Canada’s federal environmental minister approved a controversial oil field project in the Bay du Nord, off the coast of Newfoundland. While companies and governments should take steps to mitigate their carbon footprint, it should be a conscious effort and not just a PR stunt to improve the public perception of their brand.

It is clear that organizations and governments need to step up. We all need to do better. Below are some steps on how we can all pitch in.

• Turn off the lights when you leave the room and unplug your electronics. Shutting down a computer when it’s not in use cuts the energy consumption by 85 percent

• Limit water usage through simple steps like shorter showers and turning off the faucet when you brush your teeth.

While it is clear we have a long way to go, little by little adds up to a lot, as Jillian Michaels stated. 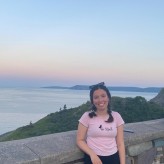