The Ancillary Operations and administration of the Queen Elizabeth II (QEII) library are currently building a coffee shop within the library space, a development that opens up several possibilities. On one hand is the promise of coffee in close proximity to students (in the library). On the flip side, however, is the potential noise and distraction to students in the open spaces and in The Commons area.

Echoing the concerns of many students, a student at MUN, Matthew Barter, wrote an open letter to The Telegram, highlighting this issue. The letter which can be read in the link here: https://www.thetelegram.com/opinion/local-perspectives/letter-coffee-and-consultation-357603/ was published on September 30th and has had over 7,000 views. The Muse decided to probe further, and met with Matthew Barter, to followup on his concern.

Matthew Barter is a third year student in the Humanities and Social Sciences Faculty, studying Political Science and Sociology. Mr. Barter has been involved with activism since he started at MUN in 2015.

Speaking on the biggest impact he has made through activism, he said “My biggest accomplishment is getting the Senior Administration to hold a vote on the proposed mandatory U-Pass fee because at first they were strongly against any sort of vote. If a fee gets implemented, it’s almost impossible to get rid of. We saw this with The Works recreation fee (now $62); the Student Services Fee ($50) which was rushed into implementation the same year as tuition increases, and the Campus Renewal Fee ($50 per three-credit course up to a maximum of $250).”

“Implementing the Student Services Fee on top of all the other additional fee hikes was disingenuous and was done without enough consultation,” he added.

Matthew Barter’s letter seems to have gained a lot of traction since its publication. In his own words: “My letter to The Telegram got nearly 7000 views and was the top viewed story the day it was published.” Speaking on why he wrote the letter, he said “I wrote the letter because I had concerns myself and I talked to other students who also had concerns regarding the QEII Cafe expansion project so I thought that this issue needs to be talked about on a larger scale. I haven’t heard from the QEII administration since the publication of my letter. It is disappointing that they’re choosing to ignore a top viewed news article”.

Based on Mr. Barter’s concerns, we asked what his recommendations are in this case. “There should have been consultations before this project begun but it’s not too late now as the project is only in its early stage of being constructed. The authorities should hold public consultations about this project, including public in-person sessions, an online survey, and other methods to get the most feedback possible.”

To follow-up on this concern, we contacted the Interim Director Ancillary Operations Wayne Rose and the Associate University Librarian Janet Bangma for comments or quotes. Janet Bangma (on behalf of both parties) responded as follows:

“The Library consults and encourages feedback in a variety of ways including its recent strategic planning process, as well as a publicly accessible suggestion box. The feedback we heard has expressed an increased need for collaborative, interactive and flexible learning environments with elements such as moveable furniture and power stations. The Café space is being designed with these concepts in mind and will be open to students even when the Café is closed for food and beverage services.

Specifically addressing Mr. Barter’s (and other students’ concerns), Janet Bagma added “Since the inception of the Café expansion project, design measures have been in place to mitigate noise such as dropped ceilings, noise absorbing flooring, and a Café service point with elements in place to diminish potential noise. We remain committed to providing students with services and spaces that cultivate their academic success.  Should unwarranted noise issues arise from the new café, we will be responsive and efficient in addressing them.” 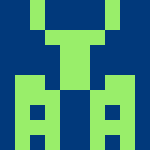