While Pride Month was celebrated worldwide in June, Pride in St. John’s starts this week, with festivities on campus beginning on July 14th. Several organizations are working for the welfare of the LGBTQ+ community at MUNL and in St. John’s, including MUN SAGA (Sexual and Gender Advocacy Resource Centre).

“MUN SAGA started as a group of students on campus that wanted to create a resource centre and a safe space for LGBTQ+ students and their family, friends and allies,” said the external director, Hanaa Mekawy. While it has been active on campus since 1999 (then known as ‘LBGT MUN’), MUN SAGA has since developed as an organization supporting members of the LGBTQ+ community at the university and in St. John’s.

Among their many initiatives, MUN SAGA provides free menstrual and sexual health resources such as tampons, condoms, pregnancy tests and dental dams. Another program Mekawy highlights are their gender gear initiative, for which MUN SAGA supplies free gender-affirming gear to people in need, such as binders, packers and breast forms.

“This can be lifesaving and affirming for trans and non-binary people. It is also sometimes really hard to access, so being able to provide it to people for free is a great thing we can do,” they commented.

“As an organization, we are proud of having a safe space and providing resources to people,” Mekawy states.

Regarding the importance of celebrating the LGBTQ+ community:
“Pride is significant because it celebrates how far the community has come regarding progress and liberation. It is also a time to honour those that came before and did this work, as well as recognize that there is still more to be done for all members of the community. It is a promise to continue to do the necessary work,” Mekawy said.

Increasing public awareness and visibility of the LGBTQ+ community is essential to fighting social stigma and discrimination.

According to Mekawy, “At SAGA, we hear from people of different ages and backgrounds from less accepting communities or households. They reach out to us because they want to know that there’s a space they feel accepted and safe in. So, when we celebrate Pride visible and loudly in the community, it helps them to see that there is a place for them here.”

Mekawy also commented on their hopes for MUN SAGA’s future initiatives. “We hope to continue providing these resources and broaden our outreach in the community, expand our initiatives and organize more social events.”

As Pride celebrations in St. John’s start this month, Mekawy said, “We hope that everyone stays safe and has a good time. We hope to see plenty of folks celebrating, and to remember that there is a community there for you.”

To celebrate Pride on campus, MUN SAGA will host two events—a scene workshop with Salt Pages on July 19th and an art social-themed ‘Paint Your Pride’ on July 22nd.

The SAGA offices are on the 6th floor of the University Centre at UC6022 and UC6023. There is a social space and a study room with a library. 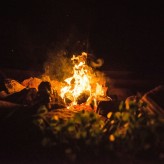