Stephen King’s IT has been terrorizing readers since 1986. The eater of worlds and children has used its fear-mongering to become one of King’s most popular books. After a cheesy TV miniseries, the character of Pennywise the Dancing Clown returned in 2017’s IT with Bill Skarsgard as the titular clown. The movie did a good job of dealing with childhood terrors, and became the highest grossing R-rated horror movie of all time. Now, the Loser’s Club is back, all grown up, 27 years after the events of the first movie to kill the shape-shifting clown once and for all.

In my opinion, the cast always makes or breaks a movie; luckily, the main players in IT: Chapter 2 do a good job. Skarsgard is once again enthralling in his Pennywise performance, somehow projecting hilarity and fear simultaneously. The best performance, by far, is Jessica Chastain’s Beverly, a strong-willed woman prepared to fight the murderous clown, much more than most of her male compatriots. Bill Hader’s Richie also brings a lot of levity to this movie whilst delivering on some powerful dramatic scenes. Both these characters and their actors are the highlights of this film.

In terms of the story-line itself, the first half was concise and engaging and undoubtedly the best part of the movie, in terms of laughs and scares. The movie makes great use of its ability to jump backwards in time, back to the first movie where seeing these young talented actors again was definitely welcoming.

However this brings me to the film’s biggest disappointment, the final act. I obviously can’t give too much away, but lets just say they completely missed the mark on this one. The climax is as monotonous and uninteresting as it gets. The movie is almost 3 hours long and seemed to be dragging forever near the end. By the time the Loser’s Club unites to beat IT, I was checking my watch and was amazed we still had an hour to go- the movie could’ve been better with a few scenes cut.

Another downside is James Macovoy’s character, Bill. He plays up the character’s stutter way too much and is honestly over the top with it. Moreover, the character of Mike disappears for a good half of the movie. Given how he was the first main character introduced besides Pennywise, it’s unfortunate that he had the least screen-time and hardly any character development.

This one may be more of a personal gripe, but a lot of the times, all I could think while watching the climax is how many problems could have been solved if they just had a weapon. A baseball bat, a shovel, a crowbar, anything. But no, on character has a fence post as a weapon and none of the others think for a second that maybe they should have something to defend themselves.

Overall, I left the theatre disappointed. There were certainly good points to the movie, but the negatives dragged it back way too much for me to give this a recommend. 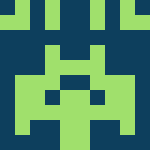