Growing up, more or less, everyone had someone or something to look up to. “What do you want to be when you grow up?” is one of the most common questions asked of children. While many people choose to answer ‘mom,’ ‘dad,’ ‘teacher,’ etc., others refer to content on television or the internet. One such show is the American medical drama series Grey’s Anatomy.

Grey’s Anatomy is a whirlwind of a drama series; you will find yourself crying, laughing and falling in love with medical attendants. It kicks off by introducing a young woman and the protagonist, a.k.a. Meredith Grey, who dives headlong into the pressure-filled world of medical interns. She is simultaneously studying for exams, doing rounds on surgical floors, managing a puzzling love life and friendships and much more. Doctor Grey is one of the myriads of people working in the medical field who constantly have to juggle various events in their lives yet who manage to balance them all in the end. This storyline constructs a bridge with reality. While it is a fictional series with fictional characters, the settings and medical terms used are sufficient to inspire others to become medical professionals. Being able to see interns holding scalpels extract tennis-ball-sized tumours or assisting in cardiac bypass surgeries can set any med-school enthusiast’s soul alight.

That said, does Grey’s Anatomy show the entire picture of a career in medicine? Maybe not. The 15+ seasons of the show depict a number of highs and lows in every character’s life but somehow fails to show the bigger picture. A surgeon’s job does not stop with surgeries but focuses on loads of detailed paperwork that the show does not appropriately exhibit. Despite invoking interest in the mind of its viewers by showing unbelievably fascinating cases given to interns to work on, it’s doubtful (for example) whether a prestigious, real hospital would actually let one of their interns scrape out a whole tumour out of a patient’s heart while the main appointed surgeon just stares the entire time (Grey’s Anatomy, Season 3). This unrealistic procedure happened under the watch of several other hospital staff! Thus, when making one of the most important career decisions in life, the show itself may not be the most rational motivation.

A drama show is just television content designed to entertain people. However, that does not mean it cannot reflect reality. At the end of the day, one should follow their dreams and do what makes them happy.

If you’re unsure about your career path, please make sure to talk to someone who can help. Here at MUN, you can book your career advising session:

Additionally, you can email the Associate Dean of Undergraduate Medical Education at ugme.associatedean@med.mun.ca. 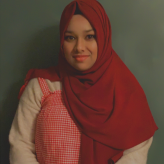 The Muse@themusenl
243 Following 3.4K Followers
Dr. Barry Stephenson (@BarryStepMUN), Associate Professor and Head of Religious Studies, believes Air Canada is com… https://t.co/kh2Odqcg83
5 hours ago
Volunteering can get you to places you never realized you could go and experience things you didn’t know you could… https://t.co/rfshJvFr1W
3 days ago
MUNL hosted its first “Whale Of A Day” event at the Core Science Facility last Saturday (May 14th, 2022), and it’s… https://t.co/clrqws9SK3
5 days ago