More than 419,000 Canadians, aged 65 and over, are living with dementia. Two-thirds of those affected are women. With every passing hour, an average of nine more Canadians are diagnosed with this neurodegenerative disease. With support from the Government of Canada, researchers across the county are accelerating the search for effective ways to prevent and treat dementia and to improve the quality of life of Canadians with dementia, their caregivers and families.

On June 17, 2019, the Honourable Ginette Petitpas Taylor, Minister of Health, announced funding of $46 million over five years to support Phase II of the Canadian Consortium on Neurodegeneration in Aging (CCNA), a national hub for collaborative research on dementia. The Government of Canada will contribute $31.6 million through the Canadian Institutes of Health Research (CIHR). An additional $14.4 million is being provided by partners, including the Alzheimer Society of Canada.

“As we implement Canada’s National Dementia Strategy, we know that we will need evidence to help guide us in making decisions and developing programs that will make a difference in the lives of Canadians living with dementia and their families. CCNA is a national resource that will make the most of the research investments that will be necessary to tackle the enormous challenge of dementia.

CCNA was established in 2014 with the goal of bringing the dementia research community in Canada together. Over the last five years, CCNA has built infrastructure and programs that permit more than 300 Canadian researchers and clinicians across the country to work collaboratively. They have also created a clinical platform that will allow them to understand the complex reality of patients with dementia and pave the way for future innovation. By working together, through CCNA, researchers have made significant progress in understanding what causes dementia, why it affects more women than men, how to manage the condition, and what the impact is on family caregivers.

CCNA is led by Scientific Director Dr. Howard Chertkow and has its scientific headquarters at Baycrest in Toronto. Dr. Chertkow and his team will implement an ambitious research program over the next five years. This program will include a large-scale study that will evaluate the effectiveness of new approaches to dementia prevention that may include a combination of medication, diet, exercise, and cognitive training.

“[…] In the coming years, we will be developing prevention strategies that build upon our work to help Canadians delay or avoid the onset of cognitive decline and dementia. With the move of CCNA’s Scientific Headquarters to Baycrest, the consortium taps into a complementary, robust research network which allows researchers to advance their development and commercialization of technology to support people with dementia and their caregivers through the support of the Rotman Research Institute and the Centre for Aging + Brain Health Innovation. CCNA has been transformative, and its work offers real hope of a better life for those living with Alzheimer’s disease and other neurodegenerative diseases.”

CCNA’s research program aligns with Canada’s first dementia strategy, A Dementia Strategy for Canada: Together We Aspire, which Minister Petitpas Taylor also announced on the same day, with the Honourable Filomena Tassi, Minister of Seniors. 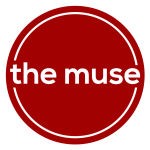 All announcements on the editorial are published under this account