Govt. cut crisis funding prior to storm; Working families stagger as Feds may bail on Newfoundland

As the storm settles, local officials may have a new catastrophe to deal with.

According to an article by the Telegram, estimates regarding blizzard damage could cost “tens of millions of dollars”. In Topsail a storm sewer was completely uprooted, in addition to heavy damage to roads and infrastructure. Bonavista Mayor John Norman warned of severe vulnerabilities if a similar storm appears before adequate repairs are made. He went on to say that “buildings risk falling into ocean” and at least $1 million is needed to fix the seawall. Norman also noted that climate change was a cause for the weather’s unprecedented severity.

Meanwhile, St. John’s Mayor Danny Breen did not note any significant damage though confessing that some damage may still be buried. The costs of snow removal for this winter however, are expected to be high; with the full array of equipment being deployed in addition to 13 further units provided by neighbouring municipalities. While the city is not prepared to provide an estimate, Breen committed to seeking federal aid, noting that labour expenses would be the largest factor due to overtime costs.
Similar to St. John’s predicament, Mount Pearl was forced to enlist additional support. According to The Telegram…

“Mayor Dave Aker said the city is renting 10 dump trucks from local contractors to truck the snow to dumps because they’re running out of room to blow snow onto people’s lawns… As well, the two daily eight-hour snowclearing shifts are upped to 12 hours, meaning 40 to 50 people are getting paid for four hours of overtime every weekday, plus overtime on the weekend.”

However, it remains uncertain how likely a federal aid provision would be. As the federal government initially appeared to help in the snow clearing process by sanctioning military deployment, there has been little word on replies to provincial cash calls. NDP MP Jack Harris, stated that he represents constituents who were facing financial insecurity prior to many incomes being lost as a result of the SOE rules. Harris also criticised the low level of response from the government with regard to his concerns on lost income and the local need for financial aid. As the province currently seeks “hundreds of millions of dollars” for electricity rate mitigation, requests for monetary support may go unheard.

Coupled by angst of the policy failure, many locals dissatisfied with the performance of the snow removal took to Twitter to share and voice their complaints. A quick online search for “St. John’s road clearing” provides an endless slew of outrage against the clearing tactics implemented. While many cases were presented of community cooperation during the SOE, the more problematic reality is that the triumphs of local community overshadowed the more sinister neglect wrought upon Newfoundlanders.

As CBC’s Mark Critch provided a heartfelt “Ode to the Newfoundland Storm”, one might wonder whether the frustration exacerbated by the avoidable failures in government have been diverted and pacified into a more cinematic lens that excluded some notably liable actors. Behind the scenes of street-side campfires carols and downtown snowboarding, RNC actively issued fines to individuals motivated to traverse the tundra during the initial SOE days and have not explicitly listed their reasons for having done so or the context in which people were fined. While most families stayed inside their homes, and were unable to get food, the consequences of travelling for any reason were subsequently made clear. Even worse, there seems to be minimal discussion of the 30% drop in funding for emergency management since 2010. The gradual erosion of this war chest is marked by a (since removed) Telegram article from 2016 in which the city council of St. John’s laid off nearly 50 workers (incl. 33 unionized and 10 non-union) and “cut $1.35 million from the road maintenance and snow clearing budget” in a single measure which passed unanimously. Officials described it as “shift optimization”, as Mayor O’Keefe justified it as a “consequence of declining revenues from property taxes, and hard decisions”.

Aside from the local government, community activists have begun to call attention to the damaging impact of the state of emergency itself. The Social Justice Cooperative of Newfoundland and Labrador issued a petition titled “Call for Emergency Relief for Low-Income Residents”. Echoing familiar sentiments expressed by Jack Harris, it contains states the following:

“The crisis has unveiled deep food and economic insecurity in our city, as many residents, without the means to stock up on necessities before the blizzard went without medication and food during the state of emergency. Low-wage workers missed much needed shifts and are now unable to pay for the basic needs including rent, heat, and food. Direct aid from the provincial and federal government is required to provide relief for all low-income residents…”

While this public response to the aftermath may not appear as unusual or surprising, it appears that the Co-op have included this remedy in the context of their interpretation of the broader political economy as a whole. SJCNL also includes in their petition, support for Universal Basic Income (as a part of wider welfare expansions) and an increase of the minimum wage (“to a living wage”). It appears as though this sort of community organising is part of a broader issue regarding administrative deficiencies stemming from elected officials. Whether this movement will accumulate sufficient momentum to enact desired policies in the face of province-wide financial troubles described by the government, remains to be seen.

For more information on the storm’s price check, go to Juanita Mercer’s article at the Telegram. @juanitamercer_ 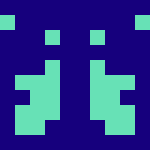