Christmas Decorations before Remembrance Day — do or don’t?

It seems as though the day following Halloween, we are instantly met with an onslaught of holiday hoopla. Decorations in retail stores pop up overnight, people start getting into the Christmas spirit and start to put up their lights and trees. However, with all the hustle and bustle for the holidays starting, some people feel as though we start to put the recognition for another holiday, that falls between Halloween and Christmas, gets put on the back burner.

For those who are unfamiliar with Remembrance Day, formerly known as Armistice Day, it is held every year, since 1918, on November 11th. This holiday commemorates both the signing of the armistice agreement which ended the First World War, and also, remembers the soldiers who served and are currently serving the Commonwealth’s armed forces. Variations of Remembrance Day are celebrated amongst the rest of the British Commonwealth.

The argument in question during this time of the year is- is it disrespectful to our troops and veterans to start celebrating Christmas before November 11th?

Some people say yes, that troops and veterans only get one day during the year to be recognised for their sacrifices. When asked for an opinion, someone anonymously stated, “it’s like Remembrance Day is not significant and Christmas is. We need to not ignore the sacrifice and service of our veterans.”

Meanwhile, others disagree, believing that putting up their decorations early doesn’t take away from their two minutes of silence during the 11th hour on the 11th day of November. “It’s not inappropriate to celebrate [Christmas] before Remembrance Day. If it brings people joy, they should be allowed to celebrate whenever they see fit! Life is too short to not enjoy Christmas for as long as possible.”

But what do our veterans and members of The Royal Canadian Legion think about Christmas decorations before Remembrance Day? Legion Associate Member Ruth Rose of Branch #8 says, “well I would prefer that people wait until after November 11th, our soldiers fought for our freedom. So, if people choose to put up decorations before then, the right to choose is one of our freedoms our soldiers fought for.”

When asked for a quote, Retired Corporal Andrea Smart had this to say, “Personally I don’t think it’s disrespectful. After serving overseas numerous times, I deal with Remembrance Day a bit different than others. I prefer to spend it alone, in a quiet place where I can experience my own mourning and deal with things on a deeper personal level. I actually enjoy seeing Christmas decorations during this time because it serves as a distraction, brings me back to happier times. I can still pay my respects to those that lost their lives but then have a little joy at the same time to sort of help with my healing.”

In short, celebrate Remembrance Day the way that you would prefer to celebrate it. We have our freedom to decide how we live our lives because of our courageous veterans. So wait until after November 11th to pop up the tree, or start singing jingle bells and setting up the lights at 12:01 a.m. on November first. Just make sure to take the time out of your day to participate in your local Remembrance Day ceremony. Make sure to have your 2 minutes of silence to commemorate our fallen veterans. In the words of Terry Kelly, “it’s a pittance of time for the boys and the girls who went over.” 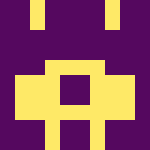 1 thought on “Christmas Decorations before Remembrance Day — do or don’t?”