The film did extremely well in award ceremonies and with critics. Notably, the film won the Golden Globe for Best Motion Picture, and was nominated for ten awards at the Academy Awards. With an 89% score on Rotten Tomatoes, the film received overall good feedback from the site’s critics and visitors.

Taking place in France amidst World War One, 1917 tells the story of the withdrawn Lance Corporal Schofield (George MacKay) and the optimistic Lance Corporal Blake (Dean-Charles Chapman). The German army had retreated its front back some miles, and the British had wrongly assumed the German retreat was a sign that the British were doing well in battle against them. The two Lance Corporals must deliver a message from their General to a separate British regiment, with which Blake’s older brother is stationed, to ensure the battalion of 1600 men are not slaughtered in a German trap. Schofield and Blake’s mission is to cross the now-abandoned no-man’s land, then German lines, and then finally, they must locate the advancing British regiment, led by Colonel Mackenzie (Benedict Cumberbatch). The two protagonists carry orders from the English General Erinmore (Colin Firth) for Colonel Mackenzie to call off his attack on the Germans, planned for the next morning.

The film’s editor, Lee Smith, managed to stitch the entire film into what seemed to be only two takes: a magnificent feat, considering the film was shot in “12 or so major locations” according to producer Pippa Harris (Ritman). In an interview with The Hollywood Reporter, Harris states that the crew had two major challenges while filming: the different locations and the weather. After seeing the film, one can decidedly say the crew’s work was worth it: the seamless blending of the ‘one-take’ style is one of the film’s major impressers. The ‘one-take’ style Mendes’ shot for encapsulates the viewer; it does not allow for any real ‘breaks’ from the screen for even a single second of editing (except where Mendes wants you to break from the storyline – but more on that later). Personally, the editing was what drew me into the film from the moment it began. As someone who enjoys theatre, I have always loathed the ‘fade to black’ scene transition as it causes the the show to lose the audience’s attention; reminding the crowd that they are still, in fact, just sitting in a theatre watching a play. The ‘single-take’ editing of 1917 allowed me, the viewer, to be fully alongside Schofield and Blake for their epic journey.

Director, co-producer and co-writer Sam Mendes crafts what is, in my humble opinion, a cinematic masterpiece with this film, through a strategic cut and gory imagery.

Decidedly broken into two main sections, the film breaks its ‘one-take’ editing style only once, as mentioned above. When Schofield gets shot in the middle of the film, the screen cuts directly to black for a long beat. Although I said earlier that I do not appreciate this approach to scene transitioning, this film is the exception. The pause serves two main purposes: to build anticipation – I could feel myself leaning more forward in my seat the longer the screen was dark, since I had truly no idea what would be happening on-screen after the cut was over – and to distinctly cut between the first ‘chapter’ of Schofield’s journey and the second. The pause offers a drastic divide between the building drama of Schofield and Blake’s mission in the first half to the near-complete chaos Schofield experiences after he is shot. Don’t get me wrong, the first half of the film has plenty of horrifying experiences to offer its protagonists – Schofield almost dies in a collapsing German bunker due to a tripwire, for one. But, it differs from the second half in a major way that develops the film’s quickening pace: Schofield is nearly constantly running after the cut. Many of the second-half’s scenes focus directly on Schofield’s withered face as he bolts away from enemies, and toward his goal. The running is a clear and drastic change from the anxious crouching and slow exploration of the first half, showing that time is running out for the message to be delivered, and further enveloping the audience in the film’s journey. Overall, the black-screen pause was a daring choice from Mendes and frankly, it works.

In terms of directing and really the cinematography in general, 1917 does a phenomenal job of exemplifying the filthy nature of trench warfare. As stated above, rats and rotting corpses are essential fixtures of the film to display both the grossness and pointlessness of World War One. Both Schofield and Blake are aware of the bodies at first, but become more and more apprehensive toward them as the film carries on. As a special treat to the audience, early in the film Schofield falls onto his hand and it goes directly through a decomposing body in no-man’s land. The gore in this film, while nothing really severe (the worst is the hand part I just explained), is warranted. To put World War One adequately on display, Mendes had to properly expose the disgusting nature of trench warfare.

The Writing and the Acting

While films can sometimes get by with lousy editing or directing, extremely noticeable things in any film are the writing and the acting. Simply put, if dialogue or staging is unnatural, and the actors perform poorly, it is very off-putting to any viewer. I must offer a round of applause to both the writers – Sam Mendes and Krysty Wilson-Caines – as well as the actors of both lead and minor roles.

Beginning with the impeccably natural writing, the film creates realistic bonds between characters, namely of course, the two protagonists. A key moment of realistic dialogue occurs just after Schofield and Blake leave the British front lines and cross into no-man’s land. Schofield pierces his hand on a barbed wire fence and later, when the men get to relative safety, he and Blake take a look at it. While Schofield bandages his hand and assures Blake it will be fine, Blake replies that “[Schofield] will be wanking again in no time.” While this is crude humour, it is a faithful representation of the type of male bonding which would occur between soldiers. Moments such as these not only provide the perfect amount of humour to allow the audience to truly appreciate the film’s darker moments, but again, give the characters a more genuine feel.

Another strong moment of dialogue is during Blake’s death. The dying solider asks Schofield to write his mother and tell her that Blake was not scared in death, thus humanising both men and allowing Schofield a true moment of emotion. This scene helps exemplify another reason I thought the writing was so powerful: when Blake passes away in Schofield’s arms, Schofield holds back his tears. It is significantly more powerful to watch a character fight their emotions than it is to watch them weep. Schofield does sob eventually, after he’s been rushed down a river and washes up on a shore covered in dead bodies. After numerous scenes of Schofield battling his emotions, he finally collapses onto the ground and sobs. This, arguably, is one of the most powerful scenes in the film. Even though the viewer never sees Schofield’s face as he sobs, when he gets up and begins to wander through the woods to continue his mission afterward, one can see he has been nearly broken.

The only grievance I had with this film is the basement scene and the lack of women. The German soldiers have ravaged the city; it is nearly engulfed in flame and war-torn by appearance. Schofield is sprinting away from a German soldier, who chases Schofield while shooting at him. Schofield finds an open window to a basement and goes in to hide from the soldier. When he explores the place he finds himself, he finds a young woman and a baby living there. She is French and he is English but they manage to have a small conversation where she gives him some directions to escape the city. She bandages up his wounds and he gives her his provisions in return. Then, he leaves to continue his mission and the woman and baby are forgotten.

I did not appreciate this scene simply because it was only a plot device to create a bit of magic for Schofield to consider his home life. Its only real relevance to the plot was to give Schofield directions, but since he found his way to the city without a map (since the map had been thrown away after being soaked in Blake’s blood rendering it illegible), I do not think it is a massive assumption to think he would have found a massive river just outside of a city. I understand that it is unreasonable to expect the woman and child to feature in the film, and according to IndieWire, the scene was based on a true story (Thompson), it seemed gimmicky overall since a common movie trope is to throw in a female character to humanize the male ones. The woman and baby remind Schofield of his life back home and inspire him to fight to complete his mission. Once he is demotivated by them, they are forgotten.

Finally, my criticism of the lack of women will undeniably be met with anger from some readers, since the film focuses mainly the two soldiers and has the scene in the basement, and since I just shamed the only scene that actually does feature a woman. However, as a somewhat historical accuracy complaint, the common misconception that women were not found on the battlefield of wars is simply incorrect; and the film had a chance to debunk that trope. The fact is, women were often found on the battlefield hospitals as nurses (“Nurses”). Since the film’s denouement features Schofield wandering around a hospital tent, looking for Blake’s older brother, female nurses could have been featured in the film, but they were not. All the doctors and nurses were men. Although this is not a deal breaker for this film – I would still watch it again and still highly recommend it – it did seem like a wasted opportunity to employ women.

I believe this film is beyond worth watching. The cinematic masterpiece flipped my opinion of war films on its head: except for Kubrick’s Full Metal Jacket, I had always thought they were boring and propaganda-filled (see: American Sniper). However, 1917 is a satisfying film from start-to-finish and I would sincerely recommend it. 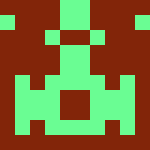