The Pandemic Publication Celebration is a brand-new event created by Memorial’s English Department in honour of some of the University’s resident writers and editors.This two-part event, hosted by Dr. Jamie Skidmore, was designed to launch several books written and edited by Memorial’s English Faculty members published in the wake of the COVID-19 pandemic.

Part one of the event was held on October 21st at the Suncor Energy Hall and featured readings from two new books launched by MUNL English professors: Cold Water Oil: Offshore Petroleum Cultures and The American Western in Canadian Literature.

Dr. Fiona Polack and Dr. Danine Farquharson—Associate Professors of English at Memorial—started the night off with readings from the collection of their co-edited essays entitled Cold Water Oil: Offshore Petroleum Cultures.

In addition to being an Associate Professor of English at Memorial, Dr. Polack is also an Academic editor at Memorial University Press. Her research and publications primarily centre on the fields of energy and environmental humanities, island studies, and colonial settler studies. Her publications include After Oil (2016), which she co-wrote, and an edited collection called Tracing Ochre: Changing Perspectives on the Beothuk (2018). Dr. Polack is also the leader of the Social Sciences and Humanities Research Council of Canada Insight Project “Oil Rigs and Islands.”

Dr. Danine Farquharson’s research interests are primarily based on representations of masculinity and violence in contemporary Irish literature and film, as explored in the book she co-edited called Shadows of the Gunmen: Violence and Culture in Modern Ireland (2008). More recently, however, she has developed a profound interest in researching energy humanities alongside Dr. Polack. She is also the co-founder of Social Sciences and Humanities Ocean Research and Education (SSHORE).

Drs. Polack and Farquharson’s Cold Water Oil delves into their shared area of interest regarding energy humanities. The essay examines the cultural and ecological impacts of offshore oil extraction in Northern oceans, exploring this complex topic from various viewpoints. The collection features essays written by numerous researchers worldwide, including work from Dr. Polack and Dr. Farquharson. Unlike most publications that discuss the topic of offshore oil extraction, this collection features essays that span numerous disciplines and that present the often clinically treated topic from a more artistic and literary perspective.

Dr. Farquharson started by reading an excerpt from the chapter “Art and the offshore” by Sue Jane Taylor, which presents artistic visual representations of the oil industry. Dr. Polack then read from the book’s final chapter, “Raw, dense, and loud” by Amy Donovan, which includes a beautifully written but tragic story told from the perspective of a whale suffering from the impacts of pollution. These vastly different readings indicated the collection’s unique and versatile views.

The American Western in Canadian Literature

Next up, Dr. Joel Deshaye—an Associate Professor of Canadian literature at Memorial—took the floor to read from his new book, The American Western in Canadian Literature.

Dr. Deshaye’s academic interests focus on Canadian fiction, poetry, and film, particularly concerning the topics of metaphor, celebrity, and genre. His work is nationally and internationally recognized, appearing in journals such as Canadian Literature, The Journal of Commonwealth Literature, and the Journal of the Short Story in English. Dr. Deshaye’s previous publications include The Metaphor of Celebrity: Canadian Poetry and the Public, 1955-1980 (2013).

The American Western in Canadian Literature looks at how the tradition of American Westerns has shaped a counterpart in Canadian literature. The book traces the American and Canadian Westerns changes over the past century. It serves as a comprehensive guide to the Western genre that pushes against traditional boundaries and deals with a wide variety of topics, including a discussion of how Indigenous authors have responded to the genre and how the genre continues to evolve in light of current issues like climate change. Dr. Deshaye revealed that he didn’t initially anticipate that this project would have a broad scope and that his book has been ten years in the making.

Dr. Deshaye chose to read from his book’s conclusion, “Mining the Western in the Twenty-First Century.” The conclusion touches on the relationship between studying, or “mining,” the Western genre, and contemporary issues such as climate change. The final chapter highlights several parallels between the studies of Canadian Westerns and energy humanities. Dr. Deshaye established an interesting connection between him and Drs by choosing to read from this portion of his book. Polack and Farquharson’s work.

Dr. Michelle Porter—another one of Memorial’s Associate English Professors who recently published a book—unfortunately, could not attend the celebratory event as scheduled. The author previously published a book of non-fiction, Approaching Fire (2020), and a book of poetry entitled Inquiries (2019).

Her new memoir, Scratching River, is centred on her search for her older brother, interweaving the voices of her family members and the land around them “to tell a tale about love, survival, and hope.” Scratching River combines elements of the oral tradition of Dr. Porter’s Métis ancestors with studies of river morphology and news articles based on her brother’s hardships at a group home in Alberta. Porter’s work depicts an “unexpected emotional journey that led to acceptance, understanding and, ultimately, reconciliation.”

A Word from the Authors

Dr. Skidmore prefaced each of the readings with a few questions for the authors.

To begin, he asked Drs. Polack and Farquharson how two English professors decided to write about the oil industry.

Dr. Polack responded that the inspiration for the book stemmed from a conference discussing offshore oil that she and Dr. Farquharson held in 2016. She also explained that energy issues are not merely a scientific concern; they require attention from a broader perspective, particularly from an artistic and cultural standpoint.

Dr. Skidmore then asked Dr. Polack why she chose to focus her writing on offshore oil disasters in her chapter of Cold Water Oil, “Encountering the nonhuman in North Atlantic oil catastrophes.”

She answered that her interest in this topic derives from the fact that oil disasters are an under-discussed issue. She hopes to bring attention to this aspect of the oil industry, which often remains unseen, to upset some of the faulty assumptions surrounding such disasters.

Turning to Dr. Farquharson, Dr. Skidmore asked her to shed some light on how our society is manipulated into supporting the oil industry.

She responded that—as the Cold Water Oil project indicates—not everyone buys into such manipulations. Unfortunately, as she elaborated, the marketing efforts of an industry as wealthy as the oil industry are difficult to combat. It often comes down to who has the funding to sway public opinion.

When introducing The American Western in Canadian Literature, Dr. Skidmore bridged a connection between this book and Cold Water Oil by asking Dr. Deshaye to comment on the relationship between the cowboy archetype and the oil industry.

Dr. Deshaye explained nostalgia stemming from Western images is heavily relied upon as marketing technique in the oil industry. The idea of “uncharted territory” is heavily explored and applies to oil exploration for marketing purposes.

Dr. Deshaye also answered Dr. Skidmore’s question about how our society can correct colonial misconceptions of Indigenous cultures. Dr. Deshaye clarified that the role of non-Indigenous authors is not to impose their views of the subject on their audience but instead to acknowledge and amplify the views of Indigenous writers. He pointed to the example of starting a conversation about how certain Indigenous writers have re-imagined the Western genre to illustrate this idea.

Later in the evening, I had the chance to speak with the three authors myself. Drawing on the title of the book launch event, I asked them how the COVID-19 pandemic has affected their research and the process of getting their respective books published.

As one might expect, they each alluded to some challenges the pandemic presented regarding research and publication. For example, the process of publishing their books faced frequent delays. Dr. Deshaye also expressed the added challenge of balancing work and home life as a parent as the pandemic suspended childcare services.

However, the impact of the pandemic was not entirely negative for the author and editors. Dr. Deshaye described the pandemic as a “mixed bag” since, despite its many drawbacks, it also gave him some extra time to work on his project. Likewise, the editors of Cold Water Oil could draw some literary inspiration from the pandemic as the uncertain times allowed them to view their topic in a new light. The introduction to Cold Water Oil emphasizes the urgency of studying energy humanities by discussing the pandemic and its impact on the energy industry.

Dr. Farquharson also thanked the people who contributed to their work and said they were grateful for the opportunity to collaborate with other researchers on their project.

The second part of the Pandemic Publication Celebration is scheduled for Thursday, November 17, at 7 p.m. at the Suncor Energy Hall in MUNL’s School of Music.

This portion of the event is set to feature readings from Dr. John Geck’s Representations of Beer in the Middle Ages: Beer Culture and Medievalisms; Dr. Robert Ormsby’s Shakespeare and Tourism; and Dr. Nancy Pedri’s two new publications: A Concise Dictionary of Comics and Experiencing Visual Storyworlds.

The event is free to attend, and all are welcome.

Keep an eye on the Department of English’s webpage for more upcoming events. 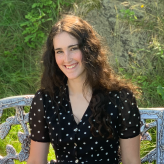 The Muse@themusenl
254 Following 3.5K Followers
@MemorialU has sent a labour relations update to students as of 6:10pm, Friday Jan. 27th. No deal has been reached… https://t.co/F0ApkNOVxm
7 hours ago
MUNL apologizes for “clerical error” amid “picket line crossing” plagiarism accusations Written by: Jacob Laybolt https://t.co/VuuflP3Gio
11 hours ago
MUN's Communications Manager, Dave Sorensen, has stated to the MUSE that the "Tips for safely crossing the picket l… https://t.co/7bYxWdcopS
15 hours ago